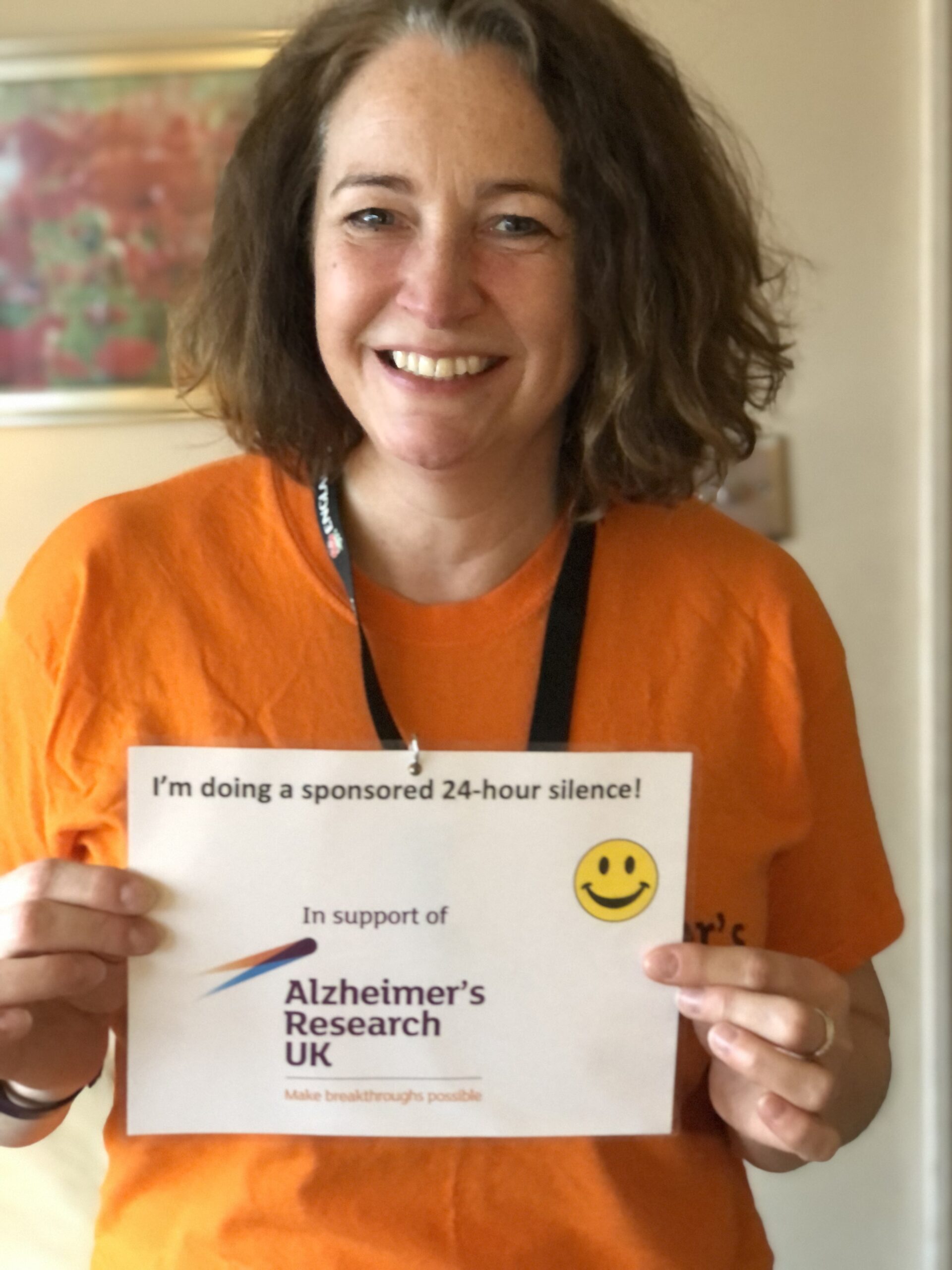 I’ve always kind of fancied going to one of those silent retreats run by monks. You know the kind? Meditation, communal eating and time spent in nature, but all in complete silence.

I then chuckle to myself, wondering how I’d really get on with not being able to talk. I mean, I love to chat – I’ve got a big circle of friends and always have a story to tell!

As if preparing me for the idea, my friend Caroline challenged me to complete a 24-hour silence. Her instructions were clear: “You must leave the house and go where other people are at least once. Make a sign to let people know. Good luck!”

I seem to remember doing a sponsored silence at school, but that was probably the last time I didn’t utter a word for several hours back to back. Would I be able to do it…?

I was due to be staying with Caroline for a few days just before Easter so we thought that would be a good time to attempt the challenge – she could be there to monitor me! We established some ground rules and I started at around 7.15pm on the evening of Sunday 10th April.

I was allowed to laugh, cry, sneeze and cough, but no whispering, no mouthing words, no loud yawning (?!), no singing or humming, no swearing or exclamations. I could mime, write down or do charades to convey anything I wanted to say.

And there’d be a five minute penalty for each slip-up!

As a trip out of the house was part of the challenge, we put together a shopping list and popped into town. Caroline was on her lunch break so she could only stay half an hour, then I was on my own! Eek!

As requested, I made a sign (see photo), which I laminated and hung on a lanyard. So, I’m in an unfamiliar town, wearing my bright orange ARUK t-shirt and a big notice around my neck, unable to speak and only communicating via the notes function on my phone – basically looking like a right plonker – but all in the name of charity!

I wanted to buy some new perfume. The first shop I tried didn’t have the brand I wanted so I had to go through the whole rigmarole of explaining myself (without speaking) a second time before procuring my favoured scent.

After a fairly uneventful visit to Boots for some bits and pieces, I was then ready for coffee and cake in a café. By this point, I was about 19 hours in and getting bored and frustrated with not being able to make a noise. (The cake cheered me up, it has to be said!)

The funniest thing about this challenge was other people’s reactions. Without exception, the staff I interacted with in shops felt they also couldn’t speak. They each employed their own version of sign language to communicate with me. In fact, the girl in the café tied herself in knots trying to ask my table number and then tell me the amount that I owed without speaking. I wanted to scream: “It’s only me that has to stay silent – you’re allowed to speak, and I can still hear you!”

I made one slip-up when Caroline asked me a question and I answered her in full voice – I was distracted with something I was doing on the laptop and simply forgot that I wasn’t allowed to speak. Doh!

By the end of the 24 hours, I was ready to run around the garden yelling at full volume (I resisted); I had a lot of speaking and laughing to catch up on so we cracked open a bottle of wine in celebration. 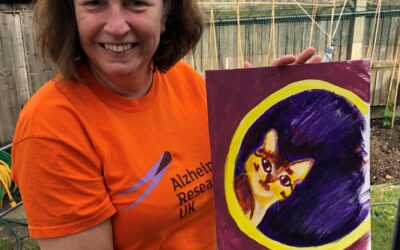 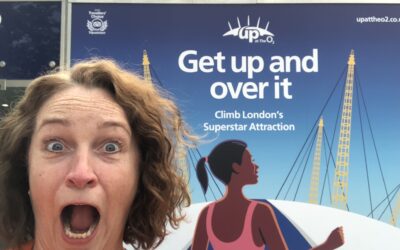 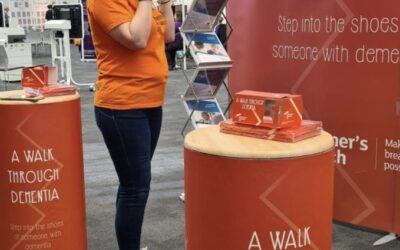 #26 A Walk Through Dementia

The Alzheimer’s Show happens once a year. This year, it was 25th and 26th March at The Business Design Centre in...